What is assisted suicide?

Some people think euthanasia – the termination of someone’s life for their own good – or assisted suicide – helping people to take their own life – should be legal.

The term ‘assisted dying’ has no meaning in law.  It is currently being used as a euphemism for supplying lethal drugs to people who have been diagnosed as terminally ill in order that those drugs might be used by them in order to take their own lives.  In law that is assisting suicide, which is prohibited under Section 2 of the Suicide Act 1961. While suicide itself was decriminalised in 1961, Section 2 made it unlawful to encourage or assist the suicide of another person.

The situation is slightly different in Scotland, where there is no equivalent of Section 2 of the 1961 Suicide Act.  In Scottish law assisting suicide is governed by the common law relating to homicide and could attract a charge of either murder or culpable homicide.  The law in Northern Ireland is to all intents and purposes the same as the law in England and Wales.

How does the existing law work?

The existing law holds penalties in reserve that are sufficient to make anyone contemplating assisting another person’s suicide think very carefully before doing so. But it also has discretion not to prosecute where the evidence is clear that assistance had been given only reluctantly, for genuinely compassionate reasons and without any malicious intent. As a result cases of assisting suicide are very rare in the UK and, thanks to the law’s deterrent, they are usually those that do not call for prosecution and they are not prosecuted. That deterrent would disappear under an ‘assisted dying’ law.  A person with malicious intent would have nothing to fear from pressuring another to seek legalised assisted suicide.

What is proposed by the advocates of assisted suicide?

There has long been a campaign in the UK for euthanasia and assisted suicide to be legalised. In 2006 the campaign group the Voluntary Euthanasia Society changed its name to ‘Dignity in Dying’, and since then has restricted its campaigning to assisted suicide only. The group’s current proposal is for the right to assisted suicide in cases where an individual has a prognosis of six months or less to live, is in sound mind and not coerced. The approval or two doctors and a judge would be required.

What do the public and doctors think?

Opinion polls say that a majority of the public would like to see ‘assisted dying’ legalised. But these polls are often sponsored by ‘assisted dying’ pressure groups and worded in such a way as to lead unwary respondents to give the desired answers. It is equally possible to show that the public have serious concerns about assisted suicide – including polls showing that support falls to below 50 per cent among people who have heard the main arguments against it.

A few years ago the Mackay Select Committee, which was examining this subject in depth, invited members of the public to write in with their views.  Among over 12,000 respondents, opinion as to whether the law should be changed was almost exactly evenly divided. This reflects the fact that many people – probably roughly equal numbers on either side – have strong views about assisted suicide, while the majority of the public do not have an informed view at all.

The evidence suggests that the more people understand what assisted suicide is, and what the alternatives to it are, the more they oppose a change in the law. This also applies to medical professionals. 90 per cent of doctors who specialise in palliative care, the branch of medicine that specialises in treatment and care of terminally ill people, say they would not participate in ‘assisted dying’.  A majority of other clinicians with experience of treating terminally ill patients, such as GPs and geriatricians, are also opposed.  A recent opinion survey of its members by the BMA found that a majority of doctors would be unwilling to participate in ‘assisted dying’.

See posts below for further reading on the meaning of assisted suicide and public and professional opinion.

The House of Lords has tonight voted to reject Lord Forsyth’s proposals for a Bill to legalise assisted suicide by 179 votes to 145 votes in a landmark vote. Lords-Win-PR-1Download

END_OF_DOCUMENT_TOKEN_TO_BE_REPLACED 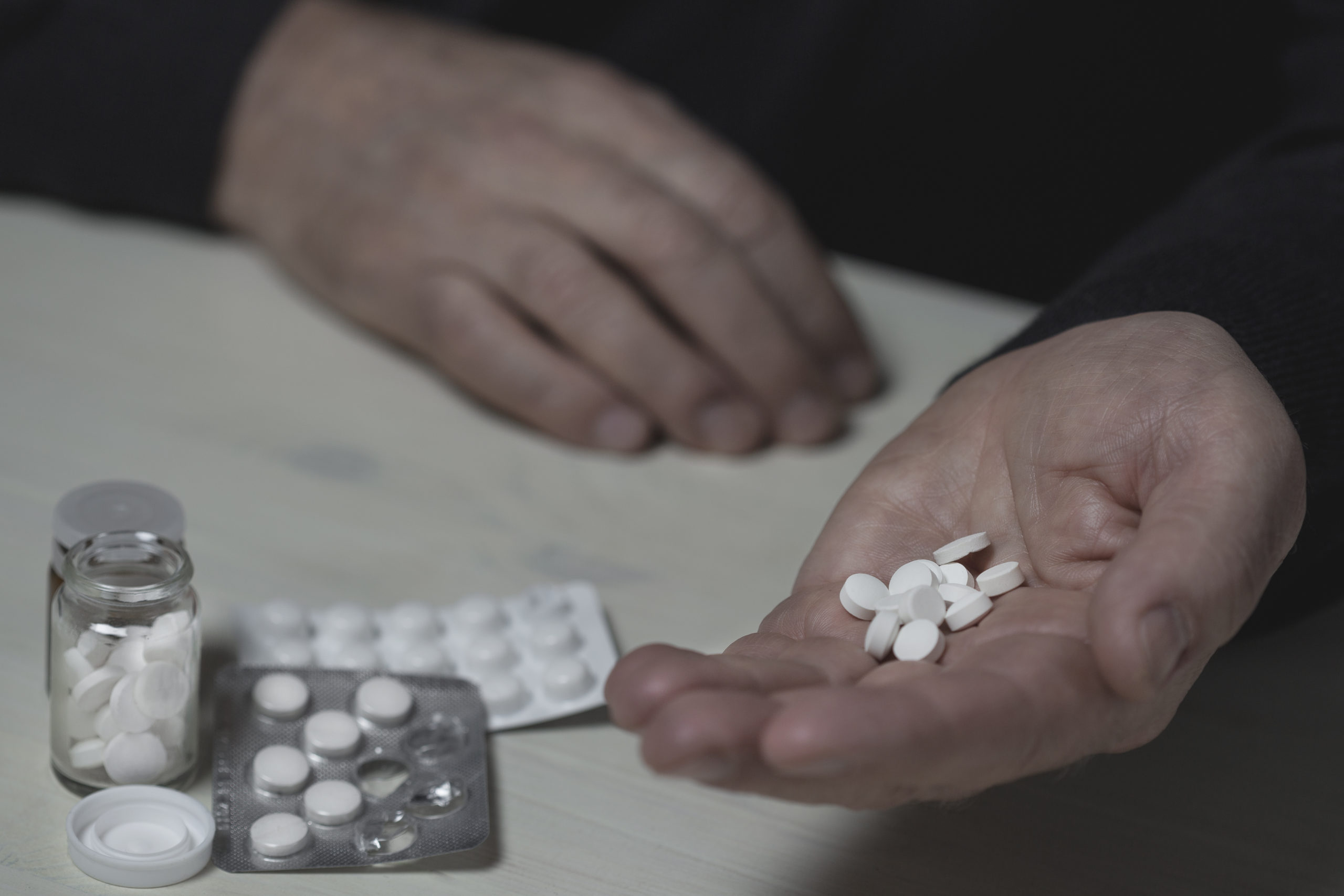 Assisted Suicide is “not an instantly lethal injection, but an overdose of common drugs that can take hours or days to kill”

In considering the legalisation of Assisted Suicide in Britain, it is not only the ethical implications of such legislation that must be considered but also the physical details of what it really means to be 'assisted' to die. In this regard, journalist David Rose has...

END_OF_DOCUMENT_TOKEN_TO_BE_REPLACED 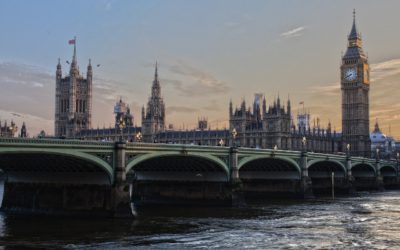 Press Release: Outcome of the Second Reading of the Assisted Dying Bill

The Assisted Dying Bill proceeded from its Second Reading in the House of Lords today - in spite of over 60 Peers speaking to oppose the Bill - as is convention. It is the accepted custom of the House of Lords for Bills to move to Committee Stage without a division....

END_OF_DOCUMENT_TOKEN_TO_BE_REPLACED

The All-Party Parliamentary Group on Dying Well – which is leading the campaign against assisted suicide in Parliament – has today issued a call to its supporters asking them not to protest the Second Reading debate of Baroness Meacher’s Bill on Friday. The group has...

END_OF_DOCUMENT_TOKEN_TO_BE_REPLACED 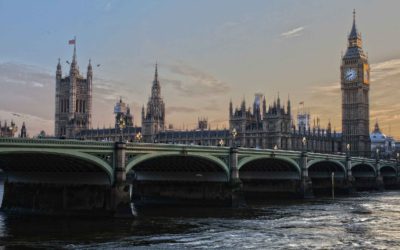 Responding to the BMA vote on Assisted Suicide

Responding to the BMA vote on assisted suicide, Danny Kruger MP, chairman of the All Party Parliamentary Group for Dying Well, said: “That even the most activist doctors group could not muster a majority for neutrality on assisted suicide shows just how unpopular it...

END_OF_DOCUMENT_TOKEN_TO_BE_REPLACED

Please find the results of our Survation survey data on assisted suicide, taken in July 2021. Survation-Assisted-Dying-Survey-July-2021-Summary-3Download

END_OF_DOCUMENT_TOKEN_TO_BE_REPLACED 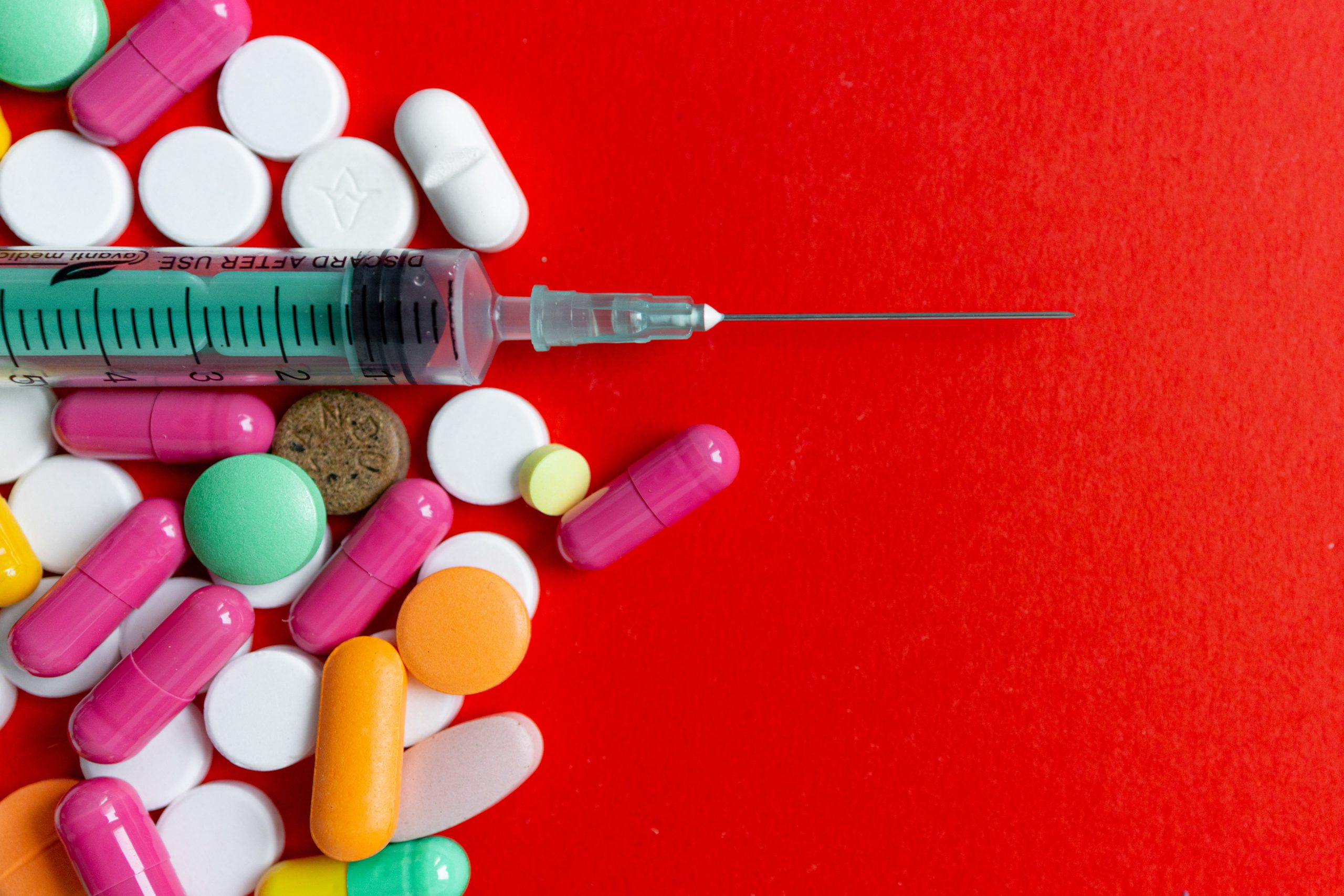 Author:  François Trufin, sourced from MercatorNet A Belgian nurse explains some of his experiences Euthanasia: Searching for the Full Story: Experiences and Insights of Belgian Doctors and Nurses would be a bargain at any price, but it is free to...

END_OF_DOCUMENT_TOKEN_TO_BE_REPLACED 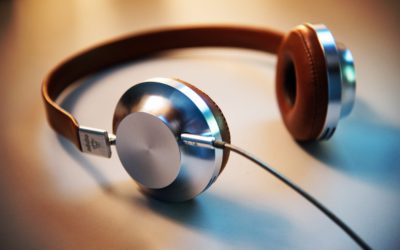 Podcast: Assisted Dying and The Law

This week, Living and Dying Well released their latest podcast in which Robert Preston unpacks how, and why, the current law on 'assisted dying' works. https://youtu.be/Eyav9RVaseA

END_OF_DOCUMENT_TOKEN_TO_BE_REPLACED 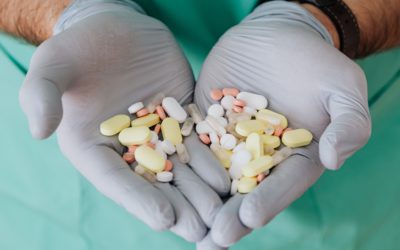 What is the difference between assisted suicide and assisted dying?

Sourced from: CARE Assisted Suicide is where someone helps another person to end their own life. It is illegal in the UK under the Suicide Act 1961 section 2, which states that a person: “who aids, abets, counsels or procures the suicide of another, or an attempt by...

END_OF_DOCUMENT_TOKEN_TO_BE_REPLACED 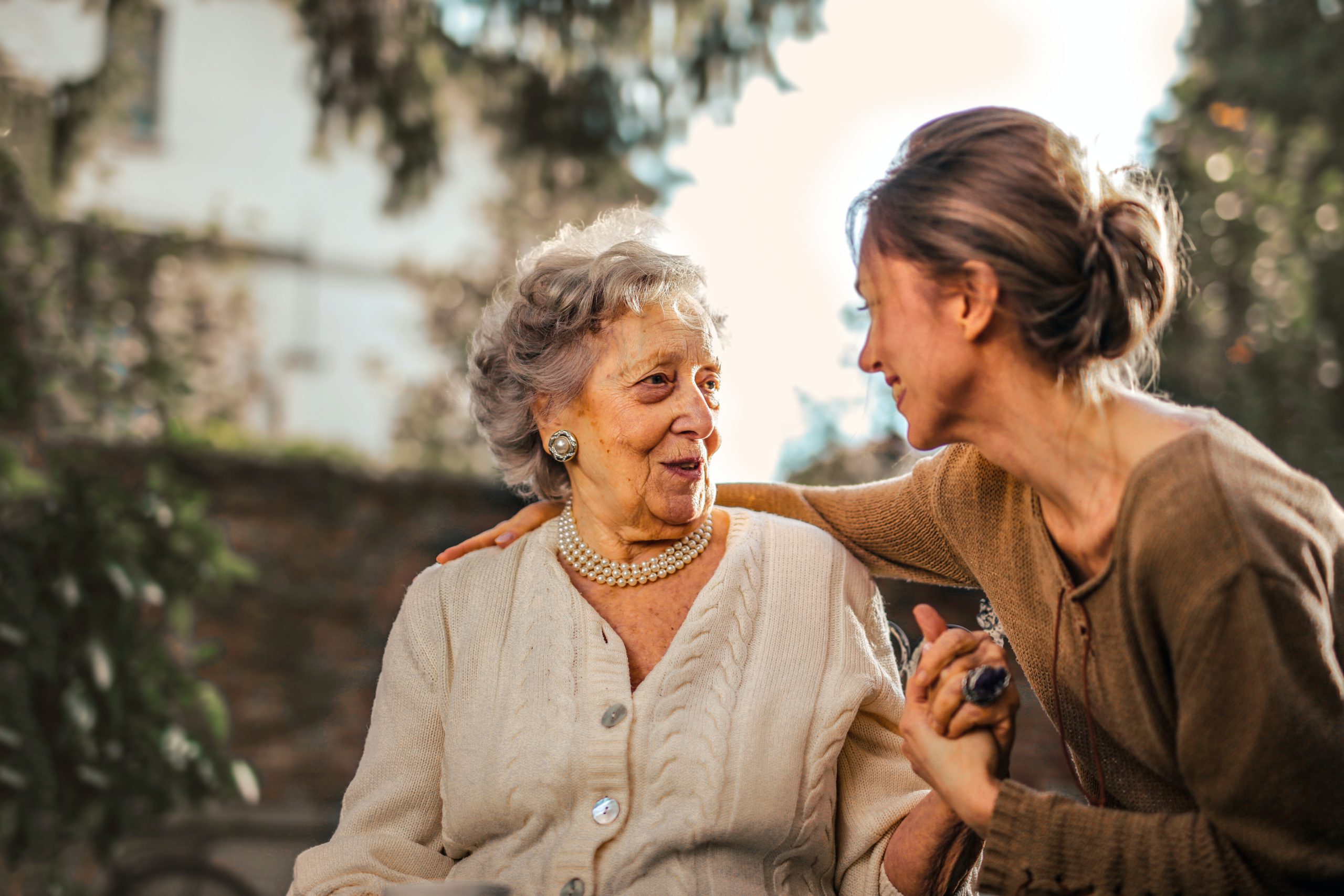 Why should we keep the current law?

Sourced from: CARE What about personal choice?  The pro-euthanasia and assisted suicide lobby emphasise the importance of personal choice and autonomy. Shouldn’t patients have the right to end their lives? Dignity in Dying patron, Sir Patrick Stewart has argued...

END_OF_DOCUMENT_TOKEN_TO_BE_REPLACED 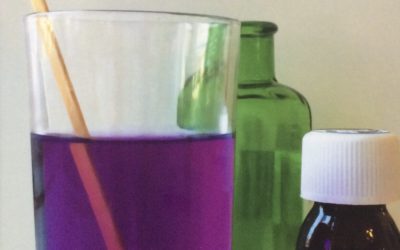 A new book has been published which anyone who is interested in understanding the subject of 'assisted dying' - rather than just trading slogans about it - would be well advised to read.  The authors are two people (Baroness Ilora Finlay and Robert Preston) who...

END_OF_DOCUMENT_TOKEN_TO_BE_REPLACED 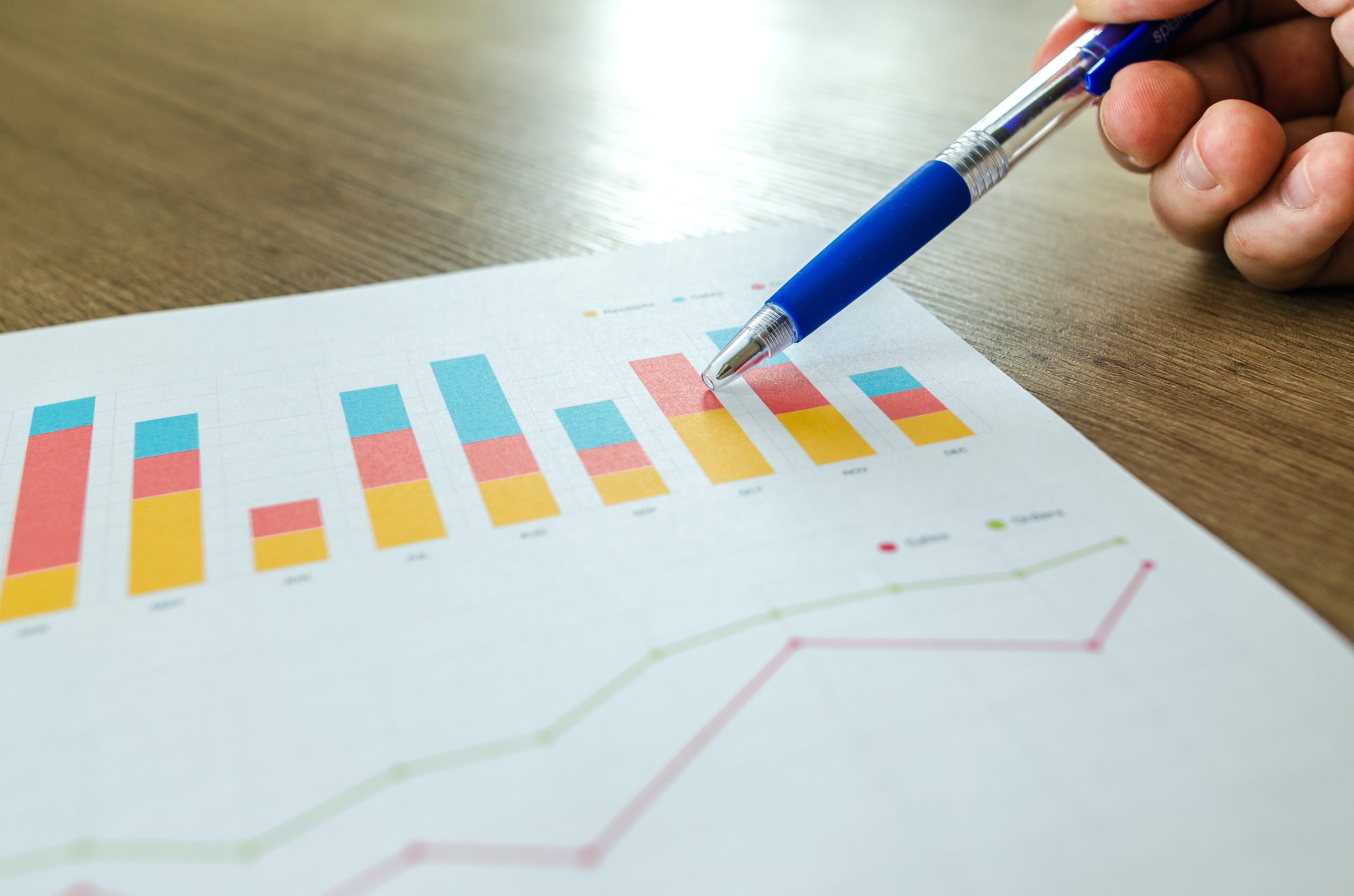 Sourced from: Care Not Killing Beneath the headline grabbing top-line numbers lies a complex picture of medical opinion on the question of whether they should be empowered to end patients’ lives The results of the British Medical Association's membership survey on...

END_OF_DOCUMENT_TOKEN_TO_BE_REPLACED 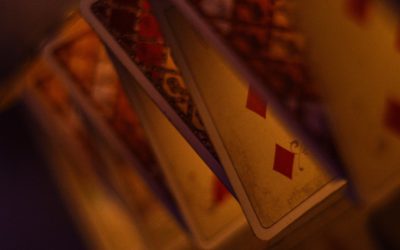 Polling: A House of Cards

Sourced from: Care Not Killing In 2019 the Populus poll, commissioned by Dignity in Dying (formerly the Voluntary Euthanasia Society), asked respondents: 'Currently it is illegal for a doctor to help someone with a terminal illness to end their life, even if the...

END_OF_DOCUMENT_TOKEN_TO_BE_REPLACED 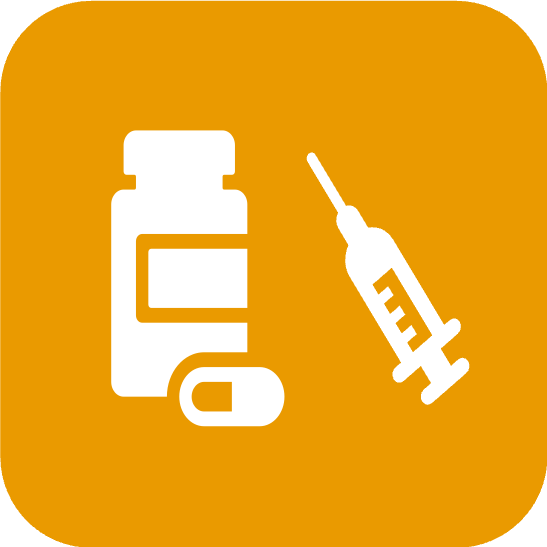 What is assisted suicide? 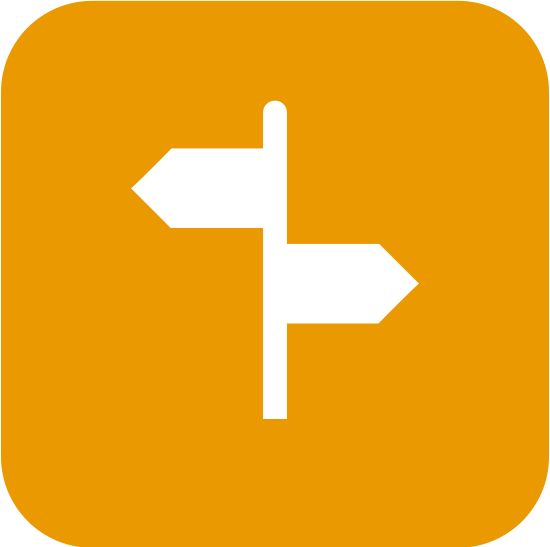 Why are we opposed to assisted suicide? 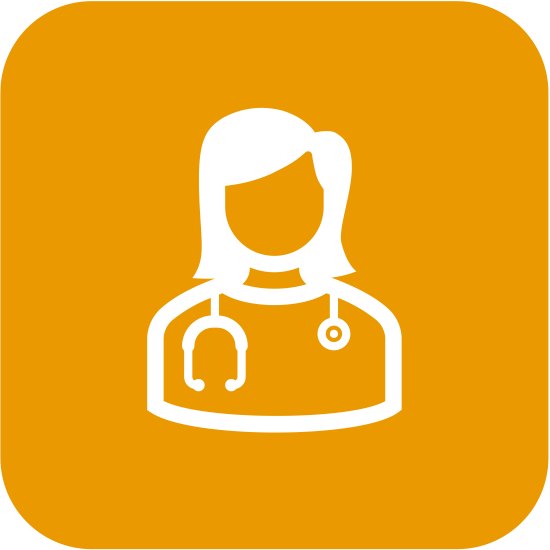