Polling: A House of Cards 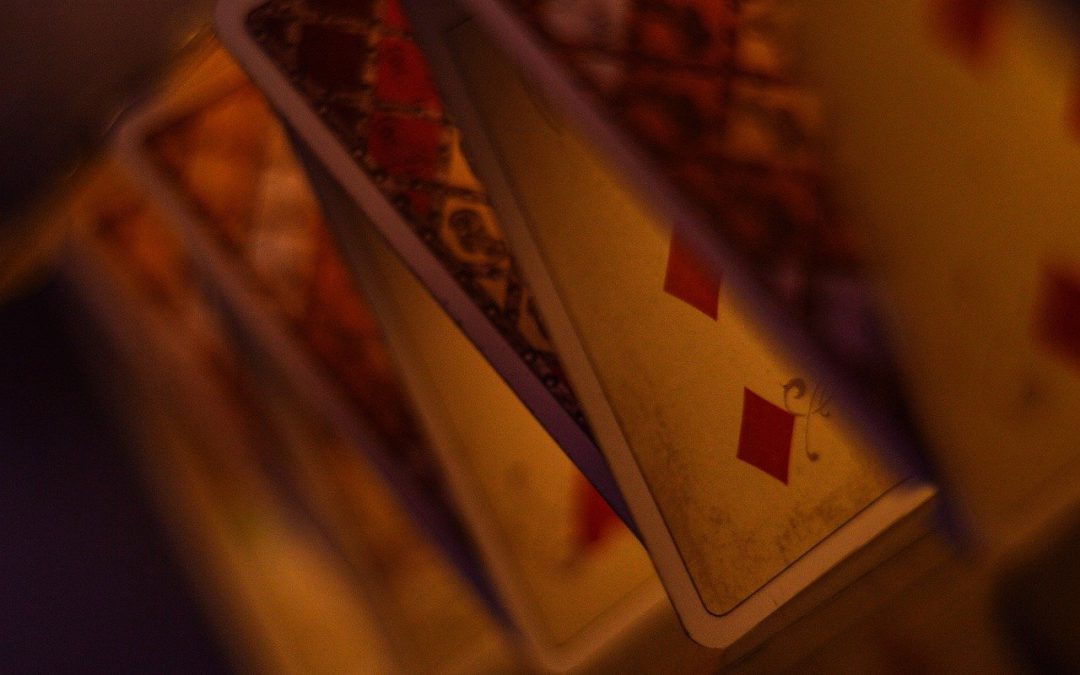 Sourced from: Care Not Killing

In 2019 the Populus poll, commissioned by Dignity in Dying (formerly the Voluntary Euthanasia Society), asked respondents:

‘Currently it is illegal for a doctor to help someone with a terminal illness to end their life, even if the person considers their suffering unbearable and they are of sound mind. A proposed new law would allow terminally ill adults the option of assisted dying. This would mean being provided with life-ending medication, to take themselves, if two doctors were satisfied they met all of the safeguards. They would need to be of sound mind, be terminally ill and have 6 months or less to live, and a High Court judge would have to be satisfied that they had made a voluntary, clear and settled decision to end their life, with time to consider all other options. Whether or not you would want the choice for yourself, do you support or oppose this proposal for assisted dying becoming law?’

The weaknesses of public opinion polling have been written about before, noting that support for assisted suicide, or any other form of euthanasia, is generally reflex rather than considered – but what of this particular question? Assisted suicide campaigners claimed that ‘the largest poll ever conducted on assisted dying has found that 84% of people in Great Britain support a change in the law‘, but recipients were essentially asked: if a, b, c, d, e and f could all be guaranteed to work perfectly, as we envisage them, while ignoring the care and support of which Britain is capable, would you support this warm- and passive-sounding euphemism for doctors causing patients’ deaths?

‘it is illegal for a doctor to help someone with a terminal illness to end their life’, ‘assisted dying’

Thousands of doctors working up and down the country help patients to die with dignity, without recourse to assisting their suicides, every day. Palliative care in Britain is recognised as world-leading; there are many bureaucratic and financial bars to the equal and adequate provision of palliative care, but this phrasing prompts the respondent to react as though there were a legal bar to providing good and effective care. The assisted suicide lobby’s greatest achievement of the last fifteen years is passing ‘assisted dying‘ into common parlance: it is a campaign term, a euphemism designed to make the active – suicide – seem passive.

The euphemisms continue. ‘Life-ending’ sounds less offensive than ‘lethal’, and ‘medication’ more respectable and less grubby than ‘drugs’. Put like that, few would be prompted to recall those in states like Oregon who ‘had difficulty ingesting or regurgitated the drugs, with a further four suffering “other” unspecified complications’ (in 2018), nor would they be reminded of an expert report on complications in assisted suicide and euthanasia which suggested that a relatively high incidence of vomiting, prolongation of death and reawakening from coma could render such deaths ‘inhumane.’

There is no new draft legislation. There is a campaign for the current law to be decapitated, with vague criteria mooted, but there is no new draft legislation. A draft bill would be open to scrutiny: parliamentarians, legal experts and doctors could expose its many weaknesses as they have in the past. Without it, campaigners can focus on stoking emotions such as fear and guilt, without the complication of expert analysis.

‘They would need to be of sound mind, be terminally ill and have 6 months or less to live’

Marie Curie Cancer Care is far from alone in reminding us that ‘people living with a terminal illness are more likely to experience depression. You may also be covering up feelings of depression, without realising it. Depression can have a big impact on your quality of life…’ Despite this, only 4.5% (65 out of 1459) of assisted suicides in Oregon since legalisation have involved referral for psychiatric evaluation, including just 3 of last year’s 168 deaths (1.8%). The Oregon model was the basis for the 2015 Marris Bill, which was written and promoted by the campaigners who commissioned this poll.

Senior clinicians have time and again said that prognostication is far from accurate, especially when speaking beyond the very short term, and this has been borne out under the Oregon model. Between them, Oregon & Washington have 30 (documented) years’ experience of assisted suicide. Only once – in the very first year of Oregon’s experience – did no patients die outside the much-vaunted six months. In 25 of the 30 years, patients lived for more than a year between requesting and undergoing assisted suicide, and both states have seen patients live for almost three years. These are all patients assessed by two doctors who both agreed that they had less than six months to live. All of these deaths were caused by the ingestion of lethal drugs – there is no knowing how long some of these patients might have lived without assisted suicide.

Health authorities using the Oregon model have also openly admitted that they consider non-terminal illnesses to be admissible where death would be likely if effective treatment or medication were absent. Remember that next time you’re told that ‘assisted dying’ is for people who would prefer to live but who will die.

‘even if the person considers their suffering unbearable’

The purpose of the six-month prognosis requirement is to give the appearance of a limited law with limited, closely guarded scope, but those who might consider ‘their suffering unbearable’ include those with serious disabilities, long-term chronic illnesses, psychological conditions and even simply old age. Many ‘assisted dying’ stalwarts remain clear that such bills are a first step, as they were in Belgium and the Netherlands where in recent years, individuals like 29 year old Aurelia Brouwers, who ‘had experienced prolonged psychiatric problems, and had been diagnosed with borderline personality disorder, as well as forms of depression and psychosis’, and a woman in her 20s who had suffered from PTSD after experiencing sexual abuse between the ages of 5 and 15, were euthanased. A Dutch psychiatrist who has carried out euthanasia requests said that psychiatrists are ‘too hesitant’ about agreeing to euthanasia for patients with psychiatric diseases.

The Canadian Government asked the Council of Canadian Academies in 2016, the same year that federal euthanasia legislation was adopted for adults, to consider a number of ways in which the legislation might be extended, including to children. While offering no clear direction, the final report leant towards accepting child euthanasia, and doctors from a prominent paediatric hospital in Toronto went so far as to sketch out how child euthanasia could work in practice, including the permissibility of a ‘capable’ minor accessing euthanasia without their parents’ or guardians’ knowledge, much less their consent. Belgium’s 2002 euthanasia law was extended to children of any age in 2014; the report for the 2016-17 period noted the deaths of minors, aged 9, 11 and 17. Their conditions ranged from muscular dystrophy to brain tumours to cystic fibrosis.

‘the option’, ‘time to consider all other options’

The Toronto doctors who sketched out child euthanasia in practice considered ‘a positive obligation on clinicians to discuss’ euthanasia, saying that when it ‘is constructed as practically and ethically equivalent to other medical practices that result in the end of life, it follows that the same procedures surrounding confidentiality, communication and capacity assessment should apply’. Such a principle means that legalised assisted suicide wouldn’t simply be something a patient could ask for; it would be a potential ‘treatment’ option to be offered to patients. There have been startling examples in places like Oregon, California and Quebec of patients being driven to assisted suicide and euthanasia by limited access to proper care – even actively offered these in place of proper care. The poll question speaks of ‘time to consider all other options’, but that’s all it would be: time. The principles of suicide prevention would be discarded: no seeking to talk desperate patients down from the ledge, nor necessarily a positive duty to put all alternatives to a patient who requests assisted suicide.

In the Netherlands, euthanasia is recommended where assisted suicide has failed to cause death within two hours, resulting in what officials call ‘combinations‘. The shortcomings of assisted suicide are hinted at in official reports and assessed in academic analysis.

‘if two doctors were satisfied they met all of the safeguards’

Doctor-shopping is a known facet of assisted suicide, with some doctors at ease with the practice. The 249 prescriptions written in Oregon 2018 were made out by 103 doctors, at least one of whom made out 35 on their own. Averaged out across the year, they sought to assist a patient’s suicide every 10 or 11 days. ‘Patient’ suggests a meaningful relationship, but prescriptions were made out on the basis of doctor-patient relationships lasting as little as a week.

In the Low Countries, the role of doctors comes into even starker relief. Prominent practitioners can only estimate the numbers of deaths they have caused, while vulnerable patients under pressure to undergo euthanasia are protected by conscientious doctors, only then to be failed, fatally, by doctors for whom death is either banal or beneficial.

‘a High Court judge would have to be satisfied that they had made a voluntary, clear and settled decision to end their life’

The immediate vision conjured is of a great court building; an eminent, robed judge; the firm security of the legal system. Yet how credible is it to claim that such a system would last more than a few years, now that the Supreme Court has ruled that doctors need no longer apply to the Court of Protection for permission to withdraw food and fluids from patients with prolonged disorders of consciousness where doctors and relatives are in agreement?

Take away all of the euphemisms, the suppositions and the lightly made, unexplained references, and what are you left with? Not a lot; it is a house of cards.

Opinion polls are useful for publicists in need of a headline, but tell us little unless they ask respondents to consider the downsides, the weaknesses, the arguments against:

Next time incredulity is expressed about decision makers being ‘out of touch’ with public opinion, take a moment to consider how these decisions are made. ‘Public opinion’ is usually the result of one or two questions in a broader poll, the decision of a moment influenced by hard cases in the media. The decision of MPs to reject assisted suicide in 2015 was the result of months of meetings, briefings, and conversations with constituents and experts, all culminating in hours of debate including representations from Members who had worked as healthcare professionals. Similarly, the British Medical Association’s position of opposition to a change in the law is the result of repeated debates at their Annual Representative Meetings, involving speeches from doctors on both sides of the debate and informed by ‘one of the most significant pieces of qualitative research initiated by the BMA‘.

We implore legislators to continue to favour the evidence over euphemisms and suppositions.