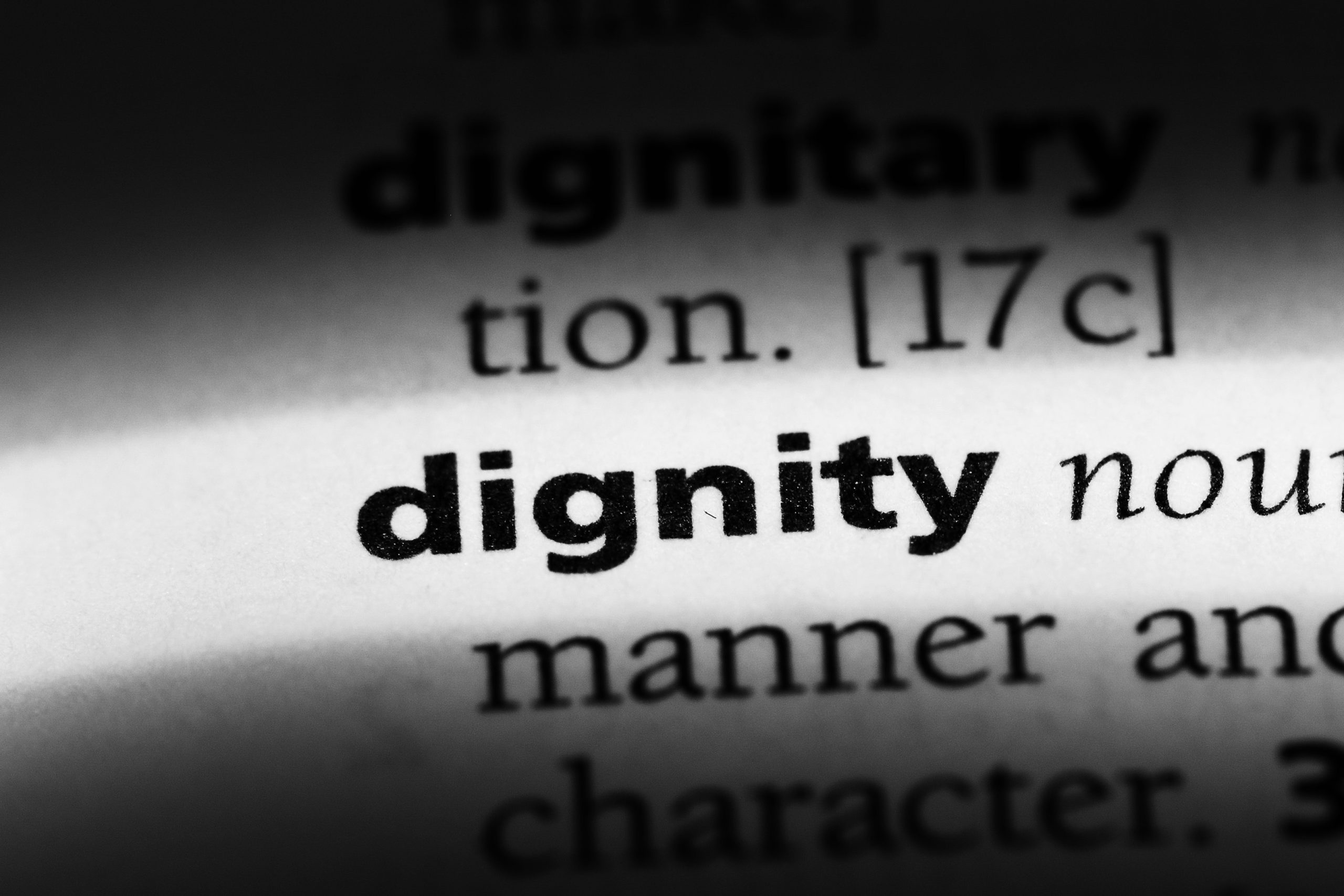 James Mumford,  visiting fellow at the McDonald Centre at Oxford University, argues that the assisted suicide debate is a contest over the meaning of this word: ‘dignity’. This term is used again and again within assisted suicide organisations and legislation (Dignitas, Dignity in Dying, Oregon’s Death with Dignity Act . . .)

The deployment of this word, dignity, implies that, if you want to maintain dignity at the end of your life, you must kill yourself rather than confront the “undignified” consequences of illness.

Mumford concedes that living with a terminal illness can be unbelievably challenging, but for assisted suicide advocates to say that such conditions strip you of your dignity is not right. He writes, “Suffering does not rob a human being of his or her honour or worth. . . people who have terminal illnesses have done nothing to forfeit their own dignity and it is sinister to suggest otherwise.”

Mumford argues that dignity does not mean offering the choice for the terminally ill to evade suffering by helping them killing themselves, but by showing to them that they are still valued.