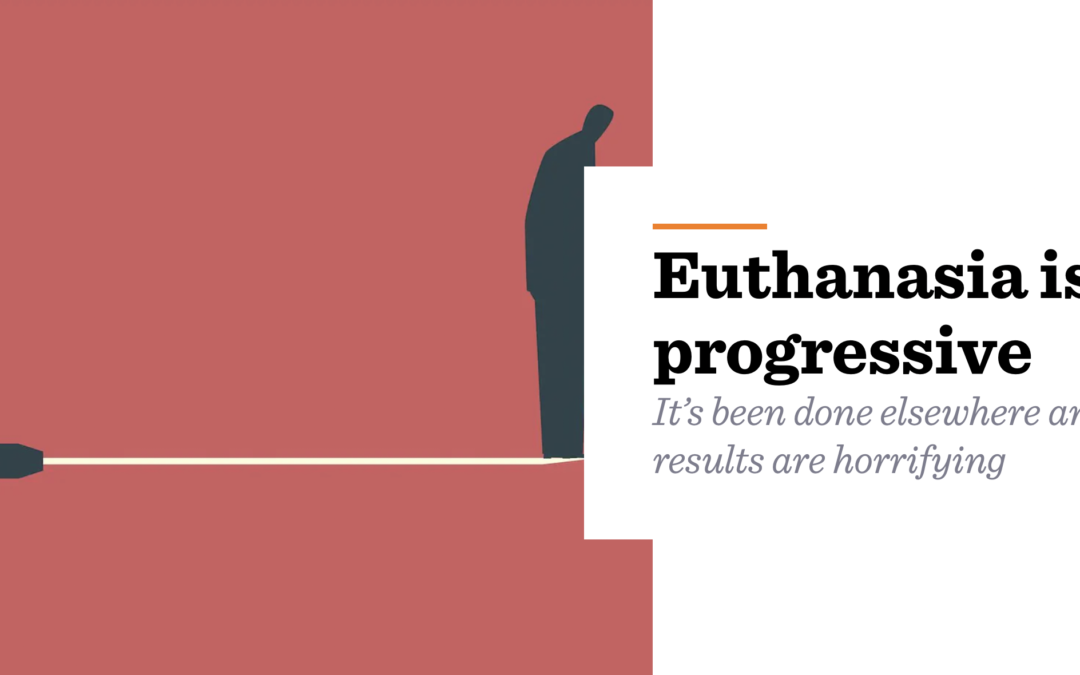 Writing in the critic, James Mildred recounts the experience of Tom Mortimer, whose mother was euthanised in Belgium by doctors who had deemed her depression as “untreatable”. He points to the undeniable evidence of a slippery slope in other jurisdictions whether assisted suicide and euthanasia have been legalised and incrementally expanded to include people, like Mortimer’s mother, who are mentally or physically sick, but not dying.

He warns that “Far from being a “progressive change”, legalising assisted killing would in fact be a retrograde step. It would change forever the entire basis of the doctor-patient relationship. No longer would you be able to go to the doctors convinced they would do everything possible to keep you alive. Trust between doctor and patient would be irrevocably destroyed.”

Read the full article at https://thecritic.co.uk/say-no-to-assisted-suicide/